TMEG client and Grammy award winning artist Eshe and actor/poet Omari Hardwick (Sparkle, For Colored Girls) wrapped shooting the music video for the song they recorded together “You Make Me Wanna” The video was shot in Atlanta, GA last weekend. Check out the below link for a sneak peek at behind the scenes footage. The song is produced by super hip hop/soul producer Mabanua fromTokyo, Japan. The music video was directed by independent film director Nicole D. Parker (Gorgeous Knight). Stay tuned for the release of both the song and the video. 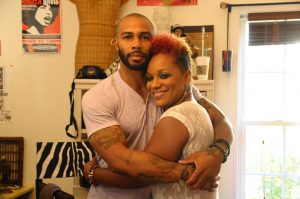